You needn’t be afraid of creatine. It’s not a steroid, only an organic compound made up of a number of amino acids. You also take it in with foods such as beef, so it’s a fully natural active agent. On the other hand, if you want to improve your training results, you’ll need creatine in larger quantities and in a pure form, unlike in meat, the fat and protein content of which slows down absorption.

So, now you know why it’s a good idea to take in creatine; the question is when and how?

The goal is to achieve maximum effectiveness and make the most of your creatine. Timing your nutrients is crucial; for example, taking carbohydrates affects recovery and growth, as well as glycogen reload and protein synthesis. Why should it be any different with timing creatine?

Creatine is best combined with carbohydrates; it is a basic ingredient in CreaTrans, for example. However, if you choose creatine with no carbohydrate, you should combine it Carbox for maximum effect. Of course, during a diet you should not do that; in this case, find a sugar-free solution such as Crea Zero, which contains a different form of energising complex, or go for the unflavoured 100% Micronized Creatine Monohydrate, containing pure creatine monohydrate.

Combining your creatine with energisers such as Super Nova will boost your workout. If you choose creatine which contains caffeine, make sure the amount of arginine and caffeine is not too high when dosing the product.

At the end of your workout, don’t forget about your protein shake, either, to help your muscles recover from the hard work that creatine helped you to do. To avoid clashing flavours, you may want to choose creatine capsules.

The point in taking in creatine after workout is to reload nutrients. After workout, due to the emptied glycogen stores, the tired body quickly processes any nutrient and uses them for muscle recovery. Add some creatine to your protein and carb shake to replenish your energy stores!

Mainly during the loading phase, many use creatine in the morning and in the evening. That means a period of about 7-10 days. There are some, though, who think that the point is that creatine should just be “taken in” and don’t care much about timing.

Creatine increases physical performance during repeated short-term, high intensity exercise, so it has a great effect on sprinters, long and high jumpers, swimmers, weight lifters and body builders.* It is also useful in other sports where athletes engage in similar activities during preparation, for example triathletes, runners, cyclists, team athletes who do sprints and intervals. 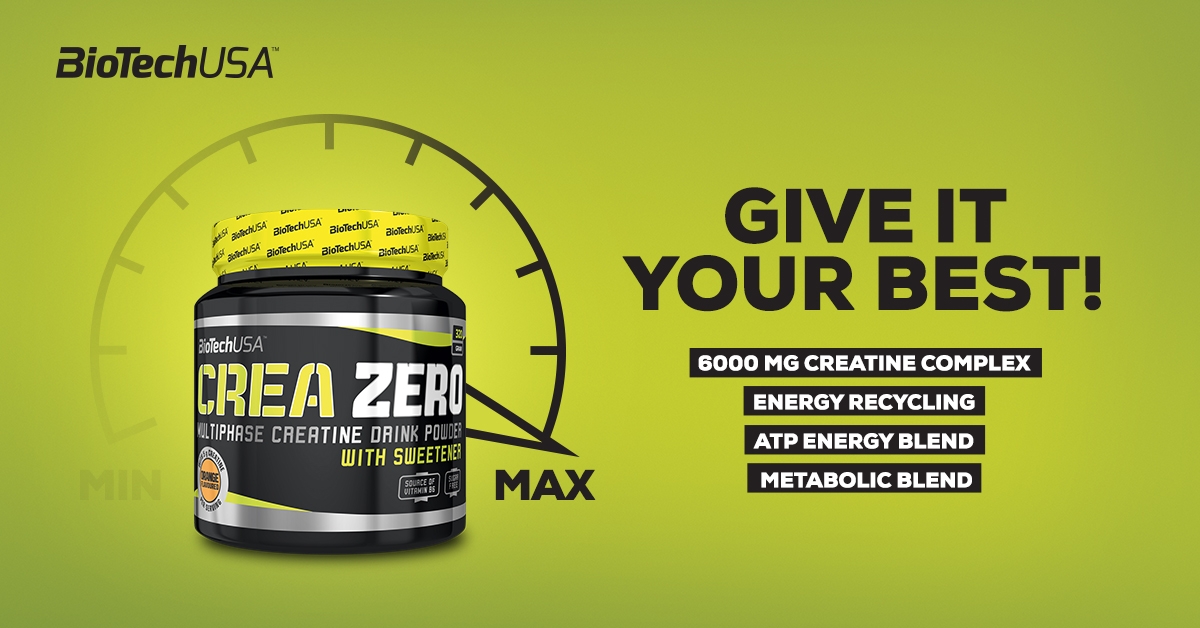 What the latest study says

The latest study was made last year by the Journal of the International Society of Sports Nutrition. They gave 19 amateur bodybuilders 5 grams of creatine before or after workout. They had 5 training sessions a week, and they also had to take 5 g creatine any time on their rest days. They followed a push/pull/legs routine.

What the BioTechUSA team suggests

According to the above study, both groups made progress and both could benefit from the effects of creatine to some extent, so there’s also a point in taking creatine before workout. Nevertheless, getting a full picture of the effective use of creatine will definitely require further studies.

But what do we suggest?

It’s best to take creatine before AND after workout if you really go for maximum effect.

You have Successfully Subscribed!